A Blood-Dimmed Tide: The Battle of the Bulge by the Men Who Fought It - A Book Review 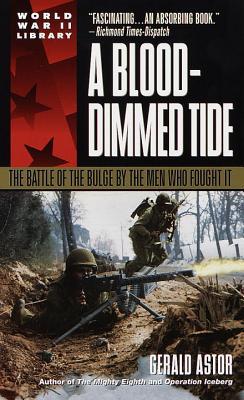 This book was created by weaving together the individual stories of the men who participated in The Battle of the Bulge near the end of World War ll. The German military offensive was a last ditch attempt by Adolph Hitler to recapture territory that had been lost to the Allied armies and the term “bulge” refers to the resultant break in the Allied front lines. Early on, the German operation had some success due to the operation’s surprise factor, and the strength of German force thrown behind it, not to mention the subterfuge.
Astor helps us to get to know the men of all ranks and from both sides of the conflict and then brings the stories from these men to us as they relate to the battle in chronological order for the six or eight weeks of the military engagement.

The first few hours and days especially come across as very tense and exciting moments. If you want to learn how grueling and terrible the battle was you will certainly learn that from this book. War can often be viewed with rose-colored glasses when looked at from many decades removed from the action. That is not the case here. It is gritty, cold, wet, and pain and hunger filled. You could almost sense that some of these men would have wished for a quick battlefield death compared to the ordeals that they ended up having to go through.
The book is the story of heroes and villains on both sides of the conflict and a portrait of the ugliness of war and of humanity. It is a story and a book that should be read in every history class because it makes the war more tangible.

We learn that the Battle of the Bulge ended up being the nail in NAZI Germany’s coffin, but it was a very costly battle to both the Allies and Germany in terms of lives lost and wounded.

Before reading A Blood-Dimmed Tide, I had known next to nothing about this battle of WWII, and thanks to this book I now know more about the battle, the war, and a little more about the good and bad of humanity.
Posted by Brian Holmes No comments:

Roar: The New Conservative Woman Speaks Out﻿ - A Book Review 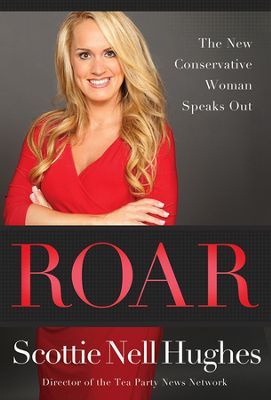 Scottie Nell Hughes is a smart, ambitious, successful, and caring conservative woman. She is a loving wife and mother as well as a daughter with a large amount of respect for her parents and her larger family who we are introduced to in the book to some extent. This book’s target audience is supposed to be conservative women, but the wisdom here is applicable to people in general, not just women, and not just conservatives. She talks about parenting issues, so parents will benefit. She talks about career and employment and what she says would benefit job hunters or people working their way up the career ladder. But books aren’t always about the benefits you can take away from them. There are some engaging and inspiring stories here.

Of course, the main point of the book is that she wants conservative women to find their “roar” – to speak out for their ideals and to become more active in bringing about their desires for a better community.

Ms. Hughes highlights the problems with the Obama administration including the incredible debt, the burgeoning welfare class, and the sub-par employment picture in the United States.

One area that she talks about with heartfelt conviction is a woman’s right to self-defense. She delves into the ever-present and ever-expanding efforts to control guns from a uniquely female point of view.

"For the woman walking to her car down a dark alleyway or the mother of two who keeps a .38 snub in her dresser drawer, a firearm can serve (and has served) as a last line of defense between her and a criminal who does not care about law and order. If we’re going to talk about a War on Women, we should address the real war on women: the disarming of women. Guns are tools. Firearms do not only help the nefarious; they help the law abiding. They serve as an equalizer."

Ms. Hughes also discusses women’s roles in society such as in front line combat (which she is against), the workplace, at home, and regarding “reproductive rights,” birth control, and abortion. She doesn’t mince words and takes a firm stand on all of the issues she presents, all to be expected in a book titled “Roar.”
Posted by Brian Holmes No comments: