Missile Defense Is Insurance Against the Unthinkable 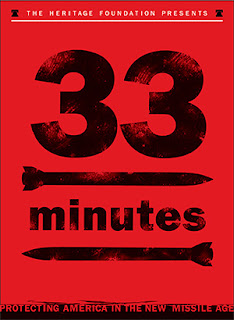 It would take 33 minutes at most for an intercontinental ballistic missile to reach the U.S. from the rogue or enemy state that it is fired from. Think North Korea, Iran, Hamas, Al Qaeda. This well produced and researched one hour video discusses why missile defense is important and the functionality of it in the United States at present. You will be surprised at how far the U.S. has come with missile defense since President Reagan started pushing for it in 1983.

Unfortunately, the current president of the United States has a different agenda than President Reagan did. In 2009, President Obama cancelled the deal the U.S. had with Poland and the Czech Republic to build an interceptor site that would have provided protection of the U.S. and its allies from ballistic missiles. The Polish president called it a betrayal. And now that he's been reelected the U.S. president "can be more flexible" with Mr. Putin of Russia concerning the neutering of allied missile defense. Mr. Obama wants to cut missile defense spending in 2013 in addition to all his other debilitating cuts to military spending.


In recent days, North Korea has been moving intercontinental ballistic rocket segments to its missile launch site in apparent preparation for launch. They have the bomb and are working on the means of delivering it anywhere in the world. Iran has been busy making nuclear fuel, and coordinating with North Korea on its bomb and delivery systems. And recently, Hamas has been raining missiles upon Israel. All of this activity shows the importance of staying vigilant when it comes to missile defense development and implementation and not letting political ideology abrogate the defense of the American people. This defense is Job One of our common government as mandated 226 years ago by the U.S Constitution.