I saw the latest and greatest Star Trek movie today. It was awesome squared. My kids, (15 and 18 years old) who are not particular followers of the Star Trek series enjoyed it very much, too. You really do not need any background information from the series to enjoy this movie. Though it is a prequel to the original series, it is it's own, self-contained and engaging story.

And it's filled with non-stop action. There's more action in this Star Trek movie than in any past movie from the series. Poor James T. Kirk gets the hell beat out of him from start to finish.

The special effects were amazing and the set design was outside the box... different. I liked the design of the Enterprise's bridge and Captain Nero's ship, inside and out.

Casting was terrific. Chris Pine as Kirk and Zachary Quinto as Spock were spot on. Doctor "Bones" McCoy was played uncannily by Karl Urban, Zoe Saldana played a great Uhura. The other cast members were really superb too.

The story was well paced and engaging and didn't get bogged down anywhere in the film. It was a nicely done script with plenty of humor in the style of the original series as well.

Star Trek is my idea of a summer blockbuster movie. I hope they make another one! My recommendation...Go see it. You won't regret it.
Posted by Brian Holmes No comments:

I'm not a money expert, but if you've moved money out of the stock market because of large short term losses and you have placed it into CDs or savings accounts to prevent it from further hemorrhaging, you may not be doing yourself any favors. Why? Because inflation and low interest rates will steal its value.

At this time (Spring 2009), the annual inflation rate is pretty close to zero, (as are bank interest rates) but the inflation rate won't be naught for long. As the economy warms back up, inflation numbers will start to rise again and it's a good bet that the way the Federal Reserve is printing money (diluting the dollar's value) that inflation will shoot up into the double digits as it did during Jimmy Carter's tenure as president. Rising oil prices alone, because of oil's thorough union with all aspects of the economy, could cause inflation to rear its ugly head sooner rather than later. And just about anything these days could cause oil prices to rise, as it seems there is a potential trigger a day lately.

Convert the investment dollars into gold or other tangible goods, or buy back into the stock market while it is on the way back up. Stay away from Chrysler and GM stocks though. Yikes. Talk to an investment advisor before taking any action with a significant amount of money.
Posted by Brian Holmes No comments:

The Hubble space telescope was just serviced by the astronauts of the space shuttle Atlantis, who are still up in space waiting for a clear landing strip in un-sunny Florida. The mission to replace the batteries and update the scientific instruments was supposed to be very dangerous but thankfully was a huge success.

I wish NASA's space shuttle, or something more like it were going to be the near future of American spaceflight.

Instead, the future is Orion, a capsule on top of a rocket...again -- like Apollo 30 years ago, and like Russia's and China's launch vehicles today. Servicing missions with the capabilities that the space shuttle presently has won't be possible with the unimaginative Orion crew capsule.

I really think it is up to private concerns like Burt Rutan's The Spaceship Company (Spaceship One) and Virgin Galactic to move us forward into the space age. NASA's sometimes lofty goals are too often interrupted by politics and budget considerations and therefore programs are often axed or funding is reduced and what you end up with is the Apollo program redux. And just you wait, even that compromise will be defunded, delayed, and derided.

Oh, I'll be there to watch the splashdown of the Orion capsules, but they'll be pale evanescences compared to shuttle landings and the hoped for Space Ship Two deorbits.
Posted by Brian Holmes No comments: 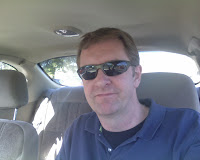 Welcome to Optimized Life. We'll discuss many issues here, always intelligently, of course. And from my side it will be done with an attempt at proper punctuation and decent sentence structure. (Hey, I'm an editor.) The range and breadth of issues covered here will seem wide at times, but the purpose is to engender discussions that will help me and the reader understand life and human community better.

Sometimes an inane topic will fit the bill and sometimes something more weighty will be discussed. Humor is a part of life as is seriousness. The articles here will have some of both of these.

I hope you enjoy the discussion here, as much as I enjoy starting it and partaking in it.

Let's optimize life together and have some fun and enlightenment along the way.