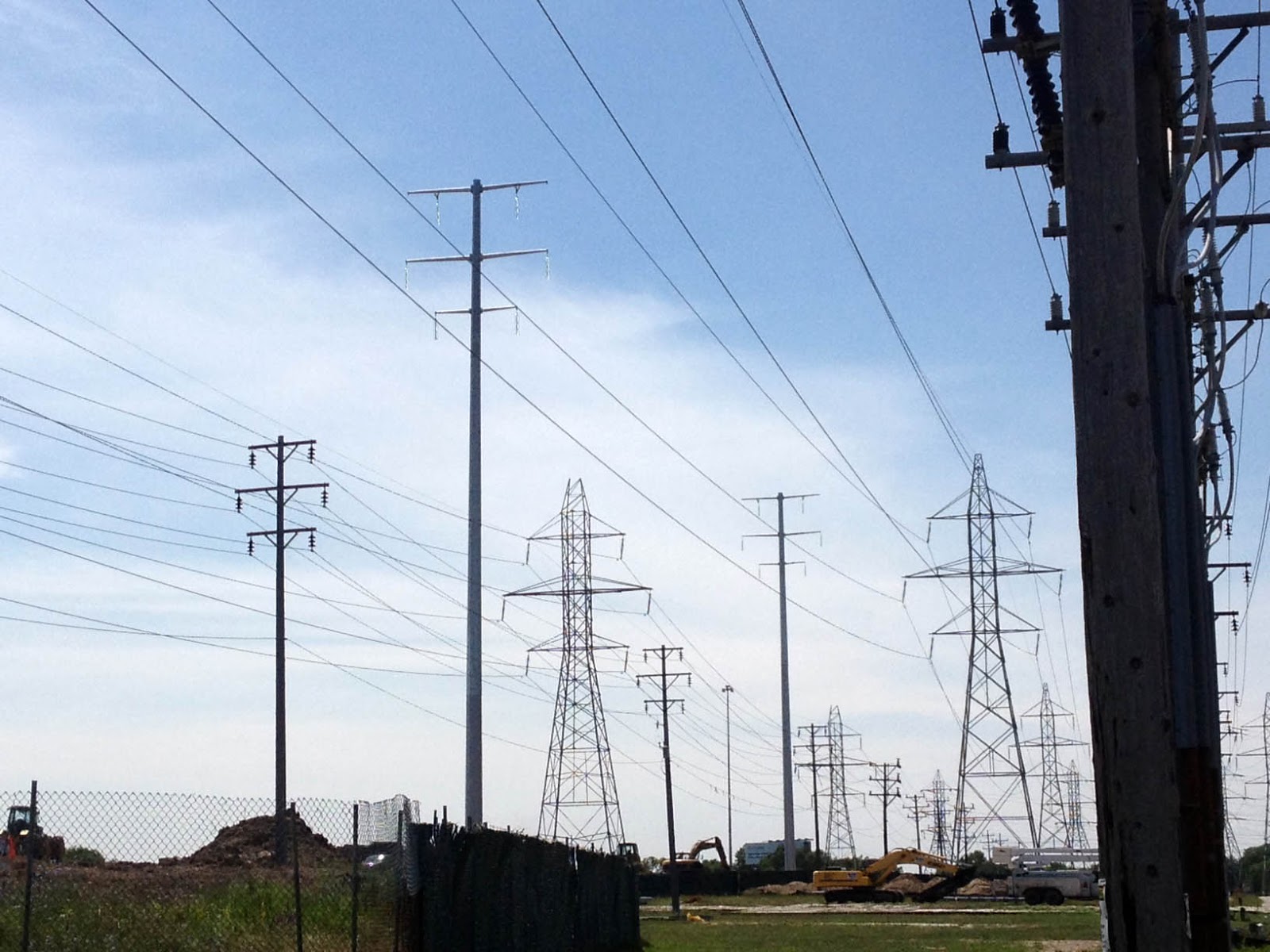 I am not an engineer or an electrician, but I have been thinking lately and have come up with an idea that I would like to put out there for consideration, and if it might be workable, someone in the solar industry, or power utilities industry, or in government may proceed to do something with it.

There are between 150,000 and 200,000 miles of power transmission lines which distribute electricity in the United States. There are as many or more miles of television cable wires distributing cable TV signals in the U.S. For the wires that are strung between towers and poles, sunlight or daylight strikes most every inch of these lines for an average of 12 hours every day. If these lines were sheathed in rollable (flexible) solar panels the U.S. would suddenly have a huge source of clean electricity on already existing space that would be basically invisible -- unlike the clumsy eyesores shown below which are currently being installed all over New Jersey.

If an output of 1 watt per foot of solar panel on the wires is estimated, which is a conservative estimate, this is roughly 1,056,000,000 watts of new electricity production (1.05 Gigawatts) or about the energy produced by one nuclear power plant or large coal-fired power plant. This number could be doubled if both the high-voltage transmission wires and cable television wires could be used.

I am not sure how a solar panel would react on a high-voltage transmission line, and if the solar panel wouldn't work on a high-voltage wire due to the leak of voltage out of the wire and into the panel, then the cable television cables would do well enough at providing the power. But power companies could also consider insulating the transmission wires to prevent the voltage leakage and thereby allow the solar panels to function. Or, perhaps the rollable solar panels can be made with the insulator already on it so that it could function in the high-voltage environment.

Benefits of the plan:


In a world where we are always looking for new ways to generate cheaper, cleaner, more abundant energy, I think this is one way that we can do so.