Everything Is Not Steve Jobs' Fault 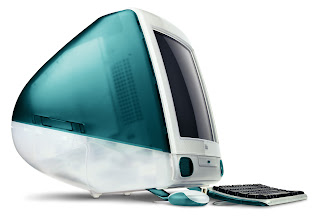 Steve Jobs of Apple Computer has been gone just a couple of days now and already the well-deserved kudos he's received for a life of innovation are being marred by undeserved and ugly criticism of his company's manufacturing policies in China. Steve Jobs is not responsible if people who work at his plant in China commit suicide. I am not responsible if I buy an iPhone or a MacBook. The worker who takes his own life is responsible for that decision. Despite the fact that it is a communist country, these people work in modern factories with lots of amenities, not gulags.

So now according to some it's blood diamonds, blood Levis, blood Thinkpads, and blood iPhones? Where does it stop? What is the limit of the buyer's responsibility for worker oppression? Apparently we have to crochet our own TVs and churn our own eggs. I'm not buying it. The consumer in the U.S., Uruguay, Indonesia, New Zealand, and France (and every other consumer country) isn't responsible for every worker in China and vice versa. Of course, companies should do their due diligence. And Apple has, according to some sources. But there is such a thing as personal responsibility. That is something that the Occupy Wall Street crowd doesn't appear to buy into.

The workers in China in 2011 can take responsibility upon themselves and form their own labor unions if they are unhappy with their working conditions. How arrogant and patronizing liberals are to think that the almighty U.S. can wave its omnipotent scepter of guilt and make things better for the plebes "over there". We don't have to form or export unions from the U.S. for the workers in China! They are intelligent and industrious people - ascending in the world to their own credit. And if the Chinese workers looking for the union label run into trouble with their communist Chinese government, they can overthrow it and form a democracy, or reform it to an undiluted communist one if they prefer. Revolution's not easy, but it's been done before. It's up to them to make their labor conditions better, if they are truly bad.

At the very least, the Chinese Foxconn/Apple workers should quit their unpleasant jobs and go home to their families before they consider jumping off the top of the company dormitory to their deaths.

Let's not blame Steve Jobs for all the world's injustices, nor even for this one. Hundreds of thousands of people worldwide wouldn't have jobs but for him and Apple. That is a fact. Is every human endeavor perfectly good or perfectly bad? No. Never has been; never will be. People aren't perfect. Companies aren't perfect. Political systems aren't perfect.
Posted by Brian Holmes No comments: