Check out this thoughtful but decidedly unoptimistic article by Robert Kiyosaki at Yahoo Finance.
Posted by Brian Holmes No comments:

Email ThisBlogThis!Share to TwitterShare to FacebookShare to Pinterest
Labels: economy 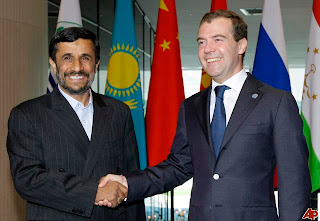 Hey Vladimir Putin and Dmitri Medvedev! Does Russia want to be friends with the United States or make things difficult for the U.S. and the rest of the world?  Seems like you want to be difficult to me. Because your consistently cozy actions with Iran are not the actions of a friend. Especially now. (I mean come on, let's have a Super Soaker shootout and leave all the animosity in the past.)

What would you say about us if we were pals with separatists in Chechnya and supplied them with missile systems or nuclear technology?

Iran has stated that it wants to destroy Israel. And you want to continue to give them tools that will make it easier to do so? Iran also trains and supplies insurgents in Iraq and Afghanistan. Insurgents that kill civilians and troops from many countries. Do you want to enable and buttress this kind of activity? Apparently you do. Normal relations with a terrorist state is tantamount to tacit approval of their policies.

Maybe supplying long-range surface-to-air S-300 missiles to Iran, a country that is openly hostile to the U.S. and the west in general is a bad idea. Maybe helping them with their nuclear program when everyone in the world is worried about their intentions is a bad idea. Doing that and some of the other things you do leave us normal, everyday citizens of this country with the impression that you would rather help our enemies than us. It leaves us with the impression that you are indeed on the side of our enemies. Why? What's up with that? Power politics? You can be a powerful nation without propping up terrorist regimes. Why do you want to help the whack-job President Mahmoud Ahmadinejad and the Islamist Ayatollahs?

Sanctions are going to be ineffectual, of course, if you and China and Turkey and Brazil and Indonesia and others ignore the sanctions or are selective in implementing them. And the fact that you need an exception to the sanctions on Iran with a dangerous new weapons system is exactly the wrong kind of breach of sanctions the sane world would hope for. Weapons that could result in harm to Israel, U.S. and NATO soldiers, Iraqi and Afghan citizens.

How about you start acting more like a friend and less like an old enemy and maybe we'd feel less like we need to protect ourselves from you. 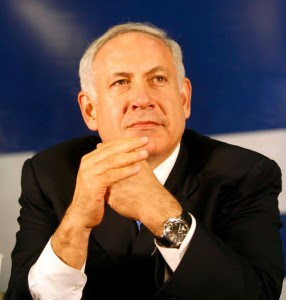 Four Kassam rockets have landed in Israel setting off warning sirens days after Israel's Defense Forces boarded a ship which was attempting to break Israel's blockade intended to stop weapons from getting to the Gaza strip and the militant Hamas and Islamic Jihad. No one was injured in the recent rocket attacks, according to the Jerusalem Post.

But more rockets! This is exactly why Israel instituted a blockade, and why they should continue to enforce it. Because they don't want  Jew-hating Jihadists shooting rockets into their cities.

Prime Minister Netenyahu said that "the boat was no Love Boat", and even if it were a Love Boat it should and would have been stopped. Except that no one would have been hurt or killed on either side in that case.

Still the flotillas keep coming, testing Israel's resolve and today Iran is even offering to provide military escort to the flotillas, a move that could start a war between Iran and Israel.

Turkey's Prime Minister is doing a lot of huffing and puffing about Israel, and calling for UN investigations, when it is Turkey that should be investigated for its role in assisting the breaking of a legal naval blockade of another state.

President Obama and secretary of state Clinton should show some support (i.e., political backbone) of Israel instead of always throwing the besieged state under the bus. Middle East peace is on the precipice right now and one poorly placed foot is going to result in an ugly regional war.
Posted by Brian Holmes No comments: